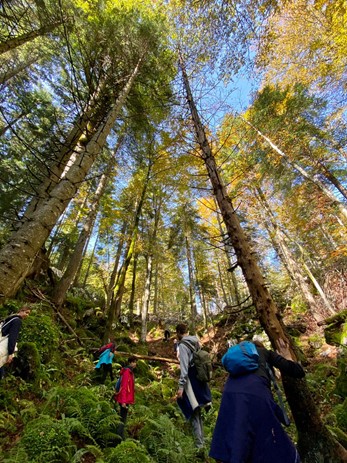 Little school of Mammalogy is an educational project organized by the Section for mammals and has been traditionally held since 2016. During one weekend at the beginning of October, interested students and experts in the field of Mammalogy gather and share their knowledge and experiences through a series of lectures and small field trips.

From 9th to 11th of October 2020, despite unexpected conditions caused by Coronavirus (but complying with the epidemiological guidelines) Little school of Mammalogy took place. This colorful project gathered members of various sections of BIUS and other interested undergraduate and graduate students of the Faculty of Science, the Faculty of Veterinary Medicine, and even the Faculty of Electrical Engineering and Computing.

The focus of most of the lectures this year were large mammals, their monitoring and protection, but also the need to communicate with the local residents and the general public to make species protection easier and better. The first day of the program began with a field trip led by Vedran Slijepčević, who had participated in Little school of Mammalogy for three years in a row. Each year he informs the students about the progress of the LIFE Lynx project. Upon the arrival of the students in Ravna Gora, he took them through several locations in the surrounding forest, in search of the prey that one of the lynxes being monitored had recently caught. He also demonstrated the use of trail cameras and hair traps in lynx research. After arriving in Mrkopalj, continuing with the theme of the morning field trip, he gave a lecture in which he explained in more detail the goals and importance of the LIFE Lynx project, before answering many questions from interested students. This was followed by a joint lecture by Snježana Malić-Limari and Andrea Solić from WWF Adria. They presented the project Carnivora Dinarica ​​and led a discussion on the importance of communication between biologists and people from other social backgrounds in the conservation of wild species. At the end of the day, Ante Kodžoman from BIOM introduced the students to the project called Eastern Adriatic Monk Seal Project and the species that is in its focus. On Saturday morning, Matko Bišćan, from the company EKONERG, presented the topic of rewilding, on which he is currently writing his doctorate. The rest of the day was spent in the surrounding forest, where a field trip was led by Ivan Budinski from BIOM. The aim was to find traces and signs of mammals, as well as to demonstrate how and what to pay attention to while in nature. Numerous students later expressed a particular satisfaction with this field trip because it motivated them to further explore the living world around them. 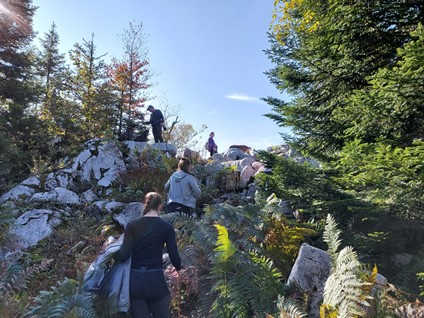 After the fieldwork, Ivan Budinski gave a lecture on invasive mammal species in Croatia. The students spent the evening solving a fun quiz about mammals, which, according to their reactions, was a great idea, and also motivated them to later search for additional information about some less-known species. On Sunday, Martina Kaniža and Mia Jakopović, graduate students of Zoology at the Faculty of Science, gave a lecture on hazel dormouse and their work with experts on this species in Germany. During the presentation, students were introduced to the said species, but also to another way of communication and knowledge sharing in the field of biology.

After returning to Zagreb, a lecture was held for students and the general public, in which we presented new information we found and experiences we gained during the project, to raise awareness of biodiversity and endangered species of Gorski Kotar, with emphasis on the mammals. 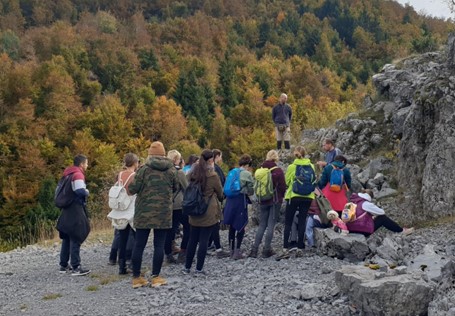 All in all, it was an enriching three days. Through lectures, students were introduced to current topics and research in the field of Mammalogy, with emphasis on the conservation of endangered mammal species. Through participation in the fieldwork, they also gained practical experience. In 2020, this was especially useful due to the lack of lab and fieldwork at university, caused by Coronavirus. Of course, not everything was so official and serious – during the weekend there was enough free time to socialize and get to know each other and to exchange experiences and anecdotes. New friendships have been made, but also potentially useful connections for the future careers of young scientists. In conclusion, the participants gained a better insight into the work of a biologist, and motivation for further study and effort in extracurricular activities and interests in this and other areas of biology. 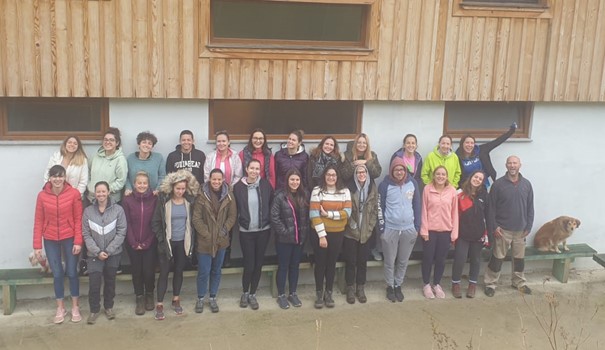 The project was funded by the Student Council of the University of Zagreb.